Is GoFounders A Scam? [Critical 2021 Review] Pre-Launching Phase Or Has It Already Shut Down?

Welcome to my GoFounders Review!

You’re probably on this site trying to gain insights and information about a business you want to pursue. So pat yourself for trying the extra mile by researching and investigating. It is better to be meticulous rather than being too risky and careless.

That’s a great way to avoid scams. And after all, you will be investing your time, money, effort and energy in whatever business you will opt to try and of course, you won’t want to lose it afterward.

Quick Summary: GoFounders is a multi-level marketing (MLM) company that promises ultimate residual income through selling internet marketing platforms or automated systems. You’ll have an earning opportunity through your automated recruits as well as the status of their recruits.

GoFounders is the sales website for an MLM company, OnPassive. However, this MLM company has been already on the run for more than a year now but it is still said to be on its pre-launching phase not to mention that there are so many red flags about this company.

Here's My Top Recommendation!
Quick Navigation
GoFounders Review Summary
What Is GoFounders About?
Is GoFounders A Scam?
Price
Pros/Cons
Who Is It For?
Training Tools/Support
Final Opinion/Verdict
What's Next?

Most multi-level marketing companies sell tangible products but GoFounders is quite a change because it sells platforms and automated systems.

In short, they are more of recruiting and less the product. Thus, they are sometimes coined as using a pyramiding scheme. Well, is it true? All this and other questions, we will clarify in this GoFounders review.

Our original review is still here to learn about the things during its pre-launch phase but we've included our UPDATED feedback to know what's currently happening about the system. We believe that this will help you decide whether it's a good program or not.

What Is GoFounders About?

GoFounders or OnPassive is a multi-level marketing (MLM) company that sells internet marketing platforms or automated systems through affiliate membership. This MLM opportunity is more about recruiting. You will earn through commissions that you will get by referring others and by building a team.

They are more on the advertising strand rather than the usual MLM companies who sell tangible products. This company generates traffic from within the site itself from all the other members of the program.

The founder of this MLM company is Ash Mufareh. Both OnPassive and GoFounders websites are created in 2018 which makes them already on the run for more than a year but the company is still said to be on a pre-launch phase as you would see it on its website, which is quite surprising since the website would say that they already have “over 23,000” members. 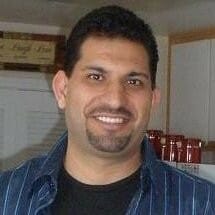 Based on Orlando, Florida, Ash Mufareh is also said to be the CEO and founder of GFI Fusion, a marketing team within Global Domains International. He had quite an experience in the MLM industry. He also launched AshMax, his own recruitment-based matrix scheme in 2010, where apparently Mufareh was also said to be involved in scams at that time.

As discussed above, this MLM company is not selling any products or services but rather they are selling “affiliate membership” which will provide them access to the internet marketing automation platforms and some advertising credits.

Due to the company’s pre-launch state, there are still no feedbacks and reviews on how their automated platform works. Well, most biased reviews say that they’re already making money through the company but they don’t discuss it into details.

How To Make Money With GoFounders?

You can earn in this MLM company by selling “affiliate membership”. By selling these positions and by building a team, you earn commissions based on how many you recruit and as well as how well they will do recruiting.

So first, you have to visit their site, sign up and pay for the “founder’s position” which is $97. There’s no information with regards to what is inclusive of that $97 payment but you’d probably get a spot on all the four (4) matrix tiers on their MLM opportunity. But one thing that I could say of positive regard for this MLM company is that they allow membership refunds.

Let’s talk about their compensation plan

So as stated, you will earn commissions by being a recruiting affiliate and as you build your team, your income will be dependent on the type of tier you decide to enroll in their 3x10 matrix MLM compensation plan.

A 3x10 matrix puts your potential members at the top of the matrix, with 3 downlines (levels 3-10 are generated in the same way). See the diagram below.

There are four tiers- $25, $125, $250 and $500 and each has a different earning potential. These matrix positions have monthly recurring payments. Commissions are paid out when positions are filled up and when recruits continue to pay their fees.

These are the four matrix tiers with their following commissions:

How to make money in this 3x10 matrix compensation plan? See more details in this video.

Is GoFounders A Scam?

GoFounders or OnPassive is not a scam. It is a legit MLM company that has been already in the business for more than a year. Though they are not a Better Bureau Business (BBB) accredited company due to some rules, procedures, and ways that are not convincing and questioning their credibility but they’ve been already running since 2018.

Though they are not a scam, I would not recommend this MLM opportunity due to numerous reasons including their company state which is still on pre-launching and one big reason is that there are red flags in accordance to the guidelines of Federal Trade Commission (FTC).

One is that it offers no tangible products sold and the other one is  that they have too much focus on recruiting and less on product selling. Considering this, it has a resemblance with pyramid schemes.

So what is a pyramiding scheme?

According to Wikipedia, a pyramid scheme is a business model that recruits members via a promise of payments or services enrolling others into the scheme, rather than supplying investments or sale of products.

However, if you still think that it’s not worth risking, I suggest that you take my FREE Step-By-Step Guide on how to make money online -- without recruiting people.

Starting up with GoFounders requires members to purchase the “founder’s position” which is $97, other than the membership fee you will also have to pay the $25-$500 monthly payment for the matrix position. But due to its pre-launching status, you only have to pay the $97. After the pre-launch phase, the cost will be $25, $125, $250 and $500, respectively, in order to qualify for Matrix commissions.

Other than it provides efficient ways to generate traffic in the business through the internet like what most MLM companies offer, this is the only thing that I could say positive with regards to this MLM company.

Yes, they allow aspiring members or “founders” (as the positions are called) to be able to get a refund from their investments. Now, this is a good sign since people would not think that they are just another investment scheme. But I’ve seen some complaints saying that they were having problems in the reimbursement of their money and that it is still not yet resolved.

As said, this MLM company has been already on the run for more than a year but they are still on the pre-launching state. And there’s still no information with regards to its official launch. When it will be? Well, we don’t know. Too bad if it would go on closing rather than being launched.

I’ve also known some complaints from founding members, expressing their worries and concerns about the direction of the company.

If you join this MLM opportunity, you will as well share the same fate of those 23,000 members waiting for the company to officially launch. But though GoFounders have not been officially launched, its founding members are still active and that’s a good sign!

Ash Mufareh, the founder of GoFounder has a bad record on the MLM business. He was previously involved in some investment schemes such as PayDiamond, Telexfree, and Ashmax. We are not accusing him of doing some illegitimate business schemes in the present but it would be hard to trust again if he had already done that in the past.

There are also rumors saying that in a particular Founder’s Private meeting held around the last week of April 2019, Ash Mufareh told his members that He will be taking an indefinite leave. Will the company be pulling out soon? We don’t know but as I am writing this review, both the GoFounder and OnPassive websites are still active.

Not to mention the entry payment of $97, you also have to pay for monthly recurring fees.

It is an MLM company that says it is a “guarantee to succeed” business opportunity, meaning that regardless of skill level, experience or whatever, it is intended for anyone. They say that anyone can succeed by joining and using their system.

No information on how members are trained but I’ve seen some videos over the internet that provides resources and training to max out income potential in GoFounders.

In conclusion, GoFounders is a legitimate MLM company. Though it may be confused with a pyramid scheme business model, GoFounders is not a scam. And though the company promises ultimate residual income, I still think that it could be uncertain since they are still not officially launched. So success potential can be a little bit hazy.

And for me, it is not wise to invest in a business without a tangible product being sold. And though they say that this MLM opportunity doesn’t require skills and experience, it could still be risky. For what would it be? Would it be pure luck that would help you succeed in this business venture? I believe that there’s no “easy money” business.

For me, each job should be taken with passion and hard work.

Now, it’s up to you if you want to join or not. But If I were you, I would not join. Yes, I strongly not recommended this MLM opportunity. Instead, opt to take other jobs that could be really beneficial for you. Joining MLM companies can really put you to a lot of risks, pressures, and challenges.

Looking a real opportunity to launch online business. Our team has reviewed numerous products and here is our Top Recommendation.

Here is what you will discover:

All that is required from your end - is hard work and dedication to your business.

Thanks for taking the time to read this GoFounder review. I hope I have answered your queries and have given clarity to what you are about to decide. Feel free to let me know about your thoughts and comments below.

How To Fund Your Business Without Taking Out a Loan