As you all know, the internet is already surging with a lot of income opportunities.

As always, the list is always jam-packed with MLM companies, from skincare to foods, to health supplements, and the list goes on.

Price:  $5 For The Subscription + $6 For The Ability To Recruit 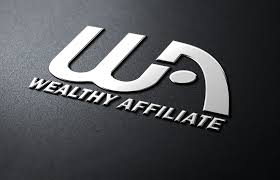 The variety of MLM opportunities would always surprise and amuse you. And so here comes a philanthropic MLM that is solely focused on helping people through financial assistance without any real product or service.

Now, that sounds already like a red flag, right?

But just like how we do it here in Best Lifetime Income, we make sure to base it on facts so we can help you come up with a wise decision.

If you’re ready to learn more about Jamalife, then just keep on reading.

What Is Jamalife Helpers Global About?

Jamalife Helpers Global is an MLM that was founded in 2016 and claims to be based in Middelkerke, Belgium. but not much is known about this company.

Reviews from before said that there was not a lot of information shared about the company on their website and unfortunately, checking the website at the moment of this writing, it is already inaccessible.

It looks like the website was already shut down. Searching for Jamalife Helpers Global over the internet will lead you to its Facebook page with only updated posts way back in 2020.

And the profile photo is now the logo of NRG that stands for Natural Rich Global.

NRG that is now promoted on the site and is claimed to be a 21st Century Business in Real Estate as well as other products and services like Dietary Health Supplements, Cosmetics, Skill Acquisition (Talent Development), Agricultural Produce, Travel & Tourism / Hotel Booking & Reservation and many other exciting humanitarian activities.

It appears to be situated in Calabar, Nigeria but as mentioned above, it’s claimed to be in Belgium.

Well, it’s a bit off because the offerings they have aren’t targeted towards Europeans but towards Africans, especially those in Togo, Benin, Nigeria, and South Africa. But with the NRG thing, we could conclude that it’s really probably in Nigeria.

As claimed, Jamalife offers different kinds of services such as microfinancing, skills development, food security, flight bookings, and travel accommodations, and agriculture. As you can see, these are similar things that NRG offers. They are probably Jamalife’s successors.

Well, the vastness of the variety of offerings and services is a bit absurd. The many assortments offered can indeed be confusing.

What’s the connection with the Philanthropic MLM? They don’t even specify what exactly they are selling.

The company claims that they’re all about helping the people of the world live a more comfortable and happier life.

However, it appears that their main business is through recruitment, where members earn money by recruiting others to join the company- a definite red flag of being a pyramid scheme.

Everything is just vague about this opportunity. There were even no founders mentioned but third-party research would reveal the name of Mr. Kurt Maes but I could not find much information about this guy.

Is Jamalife Helpers Global A Scam?

We can conclude that something is fraudulent about Jamalife Helpers Global.

All the details are pointing to it as a scam and now that their website is gone, it’s not hard to make a lot of suspicions.

It may have really been rebooted to NRG. But one thing is clear, it was unsuccessful.

With all of the red flags laid bare behind this MLM opportunity, from it not being transparent about its founder and company background, with no real product and recruitment being the only source of income, it really works like a pyramid scheme.

It’s almost like the following programs we’ve reviewed in the past:

Jamalife Helpers Global’s compensation plan, just like most MLMs, is also focused more on recruitment. The compensation structure is divided into 8 stages.

But again, as you can see its compensation plan is more into recruitment.

How Much To Join Jamalife Helpers Global?

Joining Jamalife Helpers Global is only $5 and this is to open an account and turn you into an official member. However, to join, you have to have a sponsor or someone that would refer you to Jamalife because you’ll need their ID number in registering.

Aside from that, you’ll have to pay $6 to be able to recruit members and there’s no monthly quota in Jamalife.

So all in all, the minimum costs you’ll have to pay for your first year in Jamalife is $11.

Yes, it may be very cheap joining but that doesn’t mean that that’s all the expenses you’ll have. You also have to take note of the marketing, training, miscellaneous and more.

The idea of having a chance to help people who need financial assistance is pretty touching. However, if it’s all just a scam and a hidden agenda to let you recruit and recruit. Then, there’s nothing really to like about this opportunity that Jamalife offers.

There was no income disclosure. In any business, an income disclosure statement is a must. So, if a company has none, how could you trust such? It would be hard just assuming if it’s earning or not.

With no definite company background, no mentioned founders, and other definite details laid out for the public, everything is just so vague about this company that it will really lead people to doubt and question its credibility and integrity.

No Real Product Or Service

There may have been many varieties of unrelated products or services mentioned but apparently, there is no real one. As the company is more on promoting its recruitment said just like most MLMs do.

A Pyramid Scheme - A Scam!

As mentioned, Jamalife is more into recruitment. And since there are no real products and recruitment is the source of income, it will always lead people to a conclusion that it is a pyramid scheme. The company’s website has even probably shut down.

Yes, pyramid schemes may let you earn money at first but not in the long run. It’s hard to sustain this kind of business model. There might be a few who do but they just exhaust themselves by recruiting and forcing people to join and become their downlines.

Believe me, it will not take long, they will also get tired. So in the end, it will always be bound to fail and collapse.

It is a business opportunity intended for those who are into MLM, who are really good at recruiting. It is as well for those who are philanthropists who would want to help people, But after knowing it’s a scam, it’s best for NO ONE.

There was no definite information about this but probably just like most MLMs, they’ll provide you with business materials and training. As for contact and support, it’s hard to find one. As they are not that transparent.

In closing, we could say that Jamalife Helpers Global is a program that you should not trust or try your aces with.

As of now, the company website is even inaccessible and might have already been rehashed. Old or new with the Natural Rich Global (NRG) that it is now, I would still not recommend this program to you.

It’s not to put down MLM opportunities but having too much focus on recruitment makes Jamalife a definite pyramid scheme which is a SCAM!

So why would I recommend you to a scam such as this?

You better avoid this to save yourself from the inconvenience of losing your money or wasting your effort and time. Look for worthwhile earning opportunities!

Jamalife Helpers Global is a SCAM and it’s really a bad opportunity but the good news is that I have a way better alternative!

Want a job that ensures lucrative income that you don’t have to rely on your downline or how big your investment is to build your own income?

Then join my top-recommended program and have access to the following:

Thank you for checking out my Jamalife review! Hope this helps!