Is Global Intergold A Scam? Rebrand Of The Ponzi Scheme Emgoldex?!

Welcome to My Global Intergold Interview!

Perhaps, someone came to you and presented an investment opportunity, saying “Hey, come invest in this gold company. You can get triple or more from what you’ve invested.”

Price: Starting From $4,500 For The Securities Packages

Quick Summary: Global Intergold claims to be a “Gold” investment opportunity, which is apparently built on a multi-level marketing platform.

There’s too much recruitment hype and probably, that’s why it has the dangers of being a pyramid scheme. Apparently, it’s connected to a scheme called Emgoldex, which was coined as a Ponzi scheme.

So, what’s the truth behind this allegation? Is it safe to join Global Intergold or is it something to watch out for?

But here’s the catch, you also have to recruit others for the opportunity?

Typical pyramid scheme, right? Well, is it the same with the gold investment company that we will be exposed to in this review?

Named Global Intergold, we’ll find out what it’s really about and the truth whether it’s worth your time and money or not. 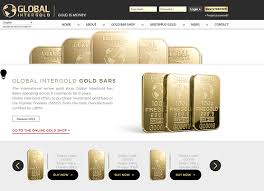 What Is Global Intergold About?

Global Intergold is a multi-level marketing opportunity that claims to give you an income opportunity as you invest in gold.

It’s headquartered in the Philippines but there’s no definite information where the company is really located.

While the company was based in the Philippines, it did also do business within the United States.

Apart from suspicious information about its location, another thing to be alarmed about this company is that the founder is not disclosed.

Global Intergold began as Emgoldex, which operated in 2010. After a few years in the business, it was discovered to be a Ponzi scheme, and eventually, the company was shut down.

It was then in 2015 when it reemerged as to what it is today — Global InterGold. Unfortunately, after the rehash, they continued to have the same problems as they did under the Emgoldex name and apparently they carried on with their illegal activity of gaining big profits and high returns for a little amount of money, scamming people with their investment.

The Securities and Exchange Commission (SEC) even informed the world about Emgoldex.

Thinking about it, the fact that the company switched its name to Global InterGold is simply showing that something fishy is still going on because apparently, the company continues to operate the same scheme even with the new name.

When you look at their website, you will see a lot of details. However, you won’t see details about the founder, FAQs, or contact information about the company. None of the company’s founders or workers are listed on the site. Other than the investment opportunity and the gold details, what you can only see on the site is a sign-in button and a drop-down menu for language, which is available in English, Russian, Spanish and Italian.

Other than the Philippines, the company operates within many different parts of the world outside of the U.S. and can also be found in Ukraine, Russia, and the UK.

The site also promotes a gold store for investors to purchase their gold but you can’t access this store unless you have registered or signed in.

Basically, Global Intergold works just like most investment companies but they are positioning themselves as a multi-level marketing platform.

You invest your money for something (which is gold in this case) then you get an ROI from what you’ve invested, depending on the package you’ve chosen to invest in.

However, it’s obvious that it’s just a scheme to cover up the scam that they are and go on with their fraudulent operations.

Well, Global Intergold may claim that what they market and sell is gold. However, if you’ve delved deeper and see right through, it is obvious that what is really offered is the promise of ROI through investments made. 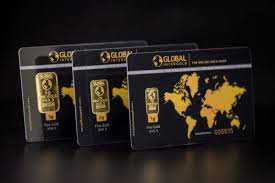 It’s also more likely that the affiliates are marketing the affiliate membership itself because you can’t just simply buy gold and invest in it if you are not registered or part of the program, which you could only join through an affiliate link — showing that indeed this opportunity revolves around recruitment.

Is Global Intergold A Scam? 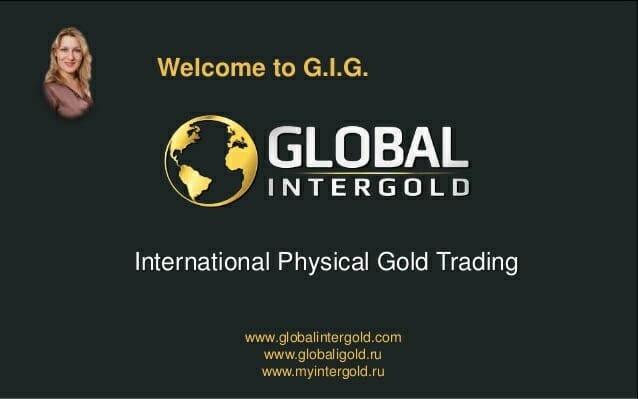 Investors say that they can’t find people who are in charge and so they can’t get their money back. This explains why the company doesn't openly disclose their founder information and that contact and support are not made readily available to the public.

You know, a typical clever tactic of a scam!

It’ll be hard to catch the person to blame!

Apparently it seems that Global Intergold is geared towards recruitment and making money is based on recruiting more investors. Yes, they’re maybe gold marketed and sold but it is most likely that the opportunity promotes more of the affiliate membership itself.

An investment opportunity with an MLM business model is most likely a pyramid scheme and that's true with Global Intergold.

Like its predecessor Emgoldex, Global Intergold carries on the Ponzi scheme. It still deceives its affiliates about the true source of the revenue. It’s most likely a Ponzi scheme that would take money from their recruits.

In case you didn’t know, pyramid and Ponzi schemes are both illegal and are also unsustainable. Eventually, there won’t be enough recruits at the bottom of the pyramid to support the level above it. That’s when the pyramid topples and everyone at the bottom loses their investment.

If there’s no more to recruit, it’s bound to fail and collapse. In companies with platforms like this, founders or people on top of the pyramid are the ones profiting.

As mentioned, such schemes are illegal and you can go to jail for the simple act of getting more people to join in the scheme, making you as well a perpetrator of the fraudulent operation.

To learn the difference between a legit MLM and a pyramid scheme, please watch the video below:

Basically, as an investor, you get a 20% commission on each of the $100 investments. Simply means, that the more people you get into the program, the more commissions it gets.

Unfortunately, the payment plan for members is not available online. However, each member that referred another person will receive compensation in return as I mentioned, you get a commission.

How Much To Join Global Intergold?

You can’t just walk right through the website and register to Global Intergold because you must have a registration link from another affiliate.

This process alone gives you a glimpse of what it’s really about -- a pyramid scheme.

There are people who apparently brought (invested) gold from the company and these individuals typically recruit others. Again, the company’s gold store is at the heart of its business.

Though not stated, we can simply put to it that people are paying something to join Global Intergold. They do provide information about securities packages and these are as follows:

Take note that packages are presented in Euros and not US dollars.

Honestly, there’s nothing really to like about this opportunity. After knowing it’s a Pyramid scheme and a Ponzi Scheme, which is clearly a scam, would you still opt to join such an opportunity?

As always, if an MLM company is not openly transparent about who founded or who runs it, think twice and really investigate well.

In every company, an established leader is essential because first, it reflects what the company is about, and second, it provides information on who to contact in case of concerns or complaints.

So, if there’s no one that represents Global Intergold, how would you trust such a company? It will also be hard to find someone to blame or contact if things go wrong.

Other than no founder/s, valuable information, such as price to join, compensation plan, and contact and support are not made available. Such lack of transparency is already an alarm to avoid such scams!

Yes, Global Intergold claims that it is just a gold-selling opportunity but apparently, it comes with promised returns from investment making it a passive investment opportunity.

That being said, it’s considered security and it requires to be registered. However, it is not registered. So, it's operating illegally and breaking security laws. This alone can be a major red flag to flee from such an opportunity.

Rehash Of The infamous Ponzi Scheme

As mentioned, Global Intergold was previously named Emgoldex, which was considered a Ponzi Scheme. I guess that alone is enough to ditch this platform.

The website may seem to be packed with details regarding gold and all the philosophy but other than that, it doesn’t provide valuable information, such as founder information and FAQs.

With all the red flags that come with this opportunity, I am definitely NOT recommending you to what Global Intergold offers. Don’t be deceived by these fast money schemes!

It’s clearly a pyramid and Ponzi Scheme, which makes it an absolute SCAM!

So why join in an opportunity that is bound to fail and eventually collapse? Don’t waste your money on a worthless investment or don’t wait to let your money ge

This Global Intergold is definitely not the opportunity for you. But don’t worry, I have a better option for you.

It’s legit and won’t put your name and money at risk!

Thank you for reading this Global Intergold review!

I hope you have been enlightened. If you have questions or you want to share your personal experience with Global Intergold, feel free to do so in the comment box below.