Poll Pay App Review – Read This Before Signing Up!

If you happen to look for a way to earn extra income, there’s indeed a handful of survey platforms online but today, we will talk about a survey app called Poll Pay.

Just like most, it promises to pay you for answering their polls and surveys. It’s almost the same as Surveys On The Go, Survey Spotter, and Mobrog.

Quick Summary: Poll Pay is a mobile application that is also available on a web platform.  It enables you to earn money by sharing your opinion in their surveys according to resources, it has a couple of pros, such as its legitimacy and convenient payment method; however, there are issues to watch out for.

The question is -- will its advantages outweigh its disadvantages?

But like usual opportunities, it’s best to do a background check before joining a website or even downloading an app.

To avoid getting scammed, you should find out if it’s legit and whether it’s true to its claim or not.

So in this honest Poll Pay review, we’ll give you all the details you need to know to come up with a wise decision. 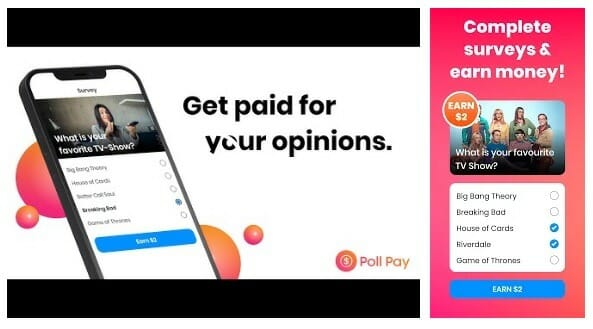 What Is Poll Pay App About?

Poll Pay is a survey website that is also available in a mobile survey app. Just like most survey platforms, it promises to pay you for answering their surveys.

It’s simple and straightforward as it only offers a few ways to earn rewards and that is through PayPal and gift cards. They also offer extra pay through their referral program.

Poll Pay claims to be leading the way as the best cash app 2021 to earn real money rewards on your smartphone. They have millions of users and as you take part, you can become part of an active, wealth-building community.

When Poll Pay started, it’s only available as a mobile device app but now, they have expanded and had made their surveys available to be accessed from a laptop or desktop

Checking on the domain, apparently it was just created in 2019 and it is addressed in San Francisco, California USA. There were no mentioned founders but apparently, Poll Pay is owned by the market research company BitBurst GmbH, which is located in Rhein, Germany.

With regards to the app, you can simply download and install it on your Android and Apple devices.

What they market here in Poll Pay is the mobile app and the survey platform that allows respondents to earn some income by responding to polls and surveys.

It works as a market research company, providing businesses valuable opinions from consumers or survey respondents so they can improve their business.

Is Poll Pay App A Scam?

Poll Pay App is not a scam.

It appears to be a legit survey platform that pays. Unlike similar programs, the cashout threshold is low; however, you can only gain a few dollars.

Normally, it pays 30 cents up to 3 dollars for a review. Yes, it pays but it could not be enough. It’s just good as a side hustle and really far off to be a full-time source of income.

It is not a pyramid nor a Ponzi scheme.

It’s one of those survey platforms and apps that offers a way for users to earn some extra cash.

Yes, it does offer a referral program but it’s simply just another way to earn extra pay on the platform. So, recruitment is not solely the focus here.

Poll Pay is just basically an online opportunity where you answer a poll or a survey and get remunerated by doing it.

To learn more about Poll Pay, you can watch the video below:

So, mainly you’ll get paid as you take part in answering surveys but below, we will discuss it in detail.

Paid Surveys - The bread and butter of these GPT platforms as most of your earnings from Poll Pay will come from the paid surveys you have accomplished.

Each survey answered has a corresponding value. It’s good that Poll Pay doesn’t have a point system and instantly credits you with points which are then accumulated to your account balance. 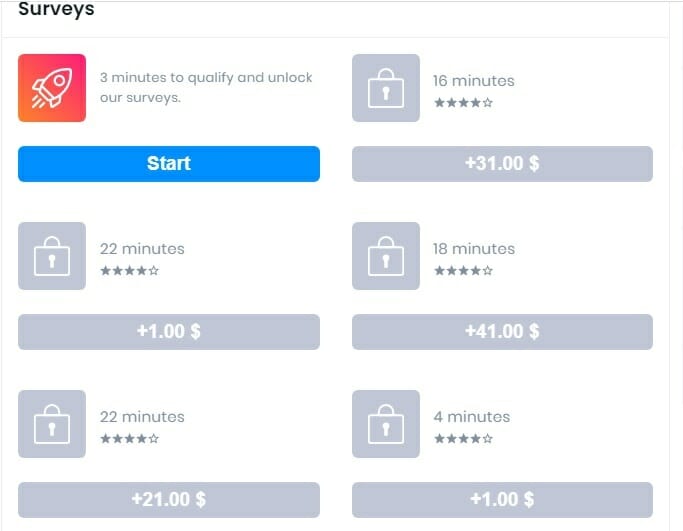 Just like most survey platforms, before you can answer surveys, you have to first complete the qualifying survey and this will ask you profiling questions.

Once completed, the actual surveys that offer rewards will be then unlocked. Basically, the first survey will be the basis to qualify you for future surveys depending on your demographic data where the need arises.

Once the paid surveys are unlocked, you can then answer any survey available. However, if you fail to qualify for the survey, you will get a small compensation of $0.01 probably for the time you spent answering their qualifying questions.

It's also great that Pay Poll shows how long each survey will take to complete it and how much you will earn for completing it.

After accomplishing this, you’ll receive the reward promised and it will be credited to your Poll Pay account balance.

Good thing there’s another way to add up your earnings in Poll Pay and that is by participating in their referral program.

As you can see, you’ll get a 15% commission for what your referral will earn from Poll Pay.

The Referral Program is simple, you simply have to invite people to join by sharing your invite code. Once they register as a member using your invite code, they will become your referral. However, you’ll only earn if they accomplish and get rewarded from the reviews. So, make sure to invite people who are really interested in answering surveys or you won’t earn extra from the referral program.

As mentioned, rewards earned will be credited to your Poll Pay account and it can be withdrawn through PayPal once you’ve earned at least $5. Apparently, there are only two denominations you can choose from for your PayPal withdrawals and that’s to withdraw either $5 or $10.

You can also redeem Amazon Gift Cards as well as Spotify, iTunes, Google Play, and more.

Your earnings in Poll Pay will depend on how many surveys you can complete and the price paid for every survey completed.

The availability of surveys will also really depend on your demographics and location and you won’t have control over that.

All you can really do is answer their profile survey as honestly as you can.

There will be surveys that are worth more but that’s the usual range you will most likely encounter. You should also choose the surveys you complete wisely.

How Much To Join Poll Pay App?

Joining Poll Pay is free and it's pretty simple. You can choose to sign up on the website and just simply link social media accounts such as Facebook or you can choose to download the app, install and get it started. 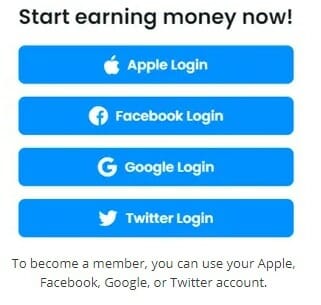 Their app is also very user-friendly. You will easily get used to how it works. It’s good to find a past-time that can give you some income. Also have good ratings at google play with over 1million installs.

I do like the fact that they have a low payout threshold of $5. That means you will be able to reach the threshold fast.

I also like the fact that they offer a referral program, at least users could have another way of earning.

Unlike other GPT and survey platforms that offer a dozen ways to earn money, Poll Pay’s earning opportunity is only limited to the surveys you answer and the referral program they have.

They claim to have tons of surveys for you to complete and earn rewards from but I don’t really believe that claim because you still need to qualify and at times you could as well be disqualified.

Well, you might be receiving around 5-7 surveys from the start but you can’t really expect those numbers to be maintained.

Pay Poll is also limited in terms of rewards because you could only redeem through PayPal and some gift cards.

Yes, Poll Pay has a low payout threshold but it can still take some time to earn a substantial income. While it’s good and convenient since you don’t have to collect points and convert them to cash unlike other survey platforms, it takes time to earn a decent amount.

Their website is packed with FAQs and it discusses the basic topics you need to know. If you have queries or concerns, you don’t actually have an option to get in touch with their support team since their site doesn’t have any contact information.

However, I’ve seen over the Google Play page that you could reach Poll Pay’s support at [email protected]

Overall, I could say that Poll Pay has some decent earning potential. It is not one of the highest paying survey sites but as an extra site, it can give some extra earnings.

If you’re not looking for a full-time income, this can work as a source of extra income.

It is legit and far from being a scam but then again, it can be a waste of time since you have to answer tons of surveys to earn a decent amount of cash,

Tired of wasting time answering surveys only to earn a few cents? If yes, then I suggest that you join our top-recommended program.

Thank you for reading my Poll Pay Review!