Is NXIVM A Scam? Shocking Review Of Self-Help Cult That Blew Everybody’s Mind

Welcome to My NXIVM Review!

If there’s one thing that drives most individuals to join a brand other than money, that would be the people behind it.

The influence plays a huge role in the decision of a person so if they know that celebrities or public figures are representing a certain company, it means that the brand is legit or they are simply a fan of the people involved.

Quick Summary: NXIVM is a self-proclaimed network marketing company that offers personal and professional development training. It’s become quite popular for several reasons, such as recruiting high-profile public figures and celebrities and for the scandals it’s been involved with.

This review will serve as a warning and guide for everyone looking for opportunities to make money.

Here's My Top Recommendation!
Quick Navigation
NXIVM Review Summary
What Is NXIVM About?
Is NXIVM A Scam?
Price
Pros/Cons
Who Is It For?
Final Opinion/Verdict
What’s Next?

For instance, a multi-level marketing (MLM) company called NXIVM has recruited not only regular people but also, high-profile celebrities, making it one of the most talked-about brands. However, this brand has a dirty secret that led to the arrest of well-known celebrities and mind you, the accusations are more than just the unethical practice of recruitment.

In 2018, NXIVM has “suspended its operations” but who knows? It might operate again under a new name or a new leader so better read this honest review to avoid falling for this kind of scheme.

What Is NXIVM About?

NXIVM is a network marketing company that claims to be under the personal development niche. It was founded by Keith Raniere -- or Vanguard, as some people call him -- in 1998. It’s supposed to work the same as Life Leadership and Self-Growth.Com but as mentioned above, it has dirty secrets other than the usual MLM practices.

Before founding NXIVM, Keith had intriguing stories, especially during childhood. His mother was always drunk and it wasn’t long until his parents separated. He has been involved with a lot of women in the past and most of which were minor. 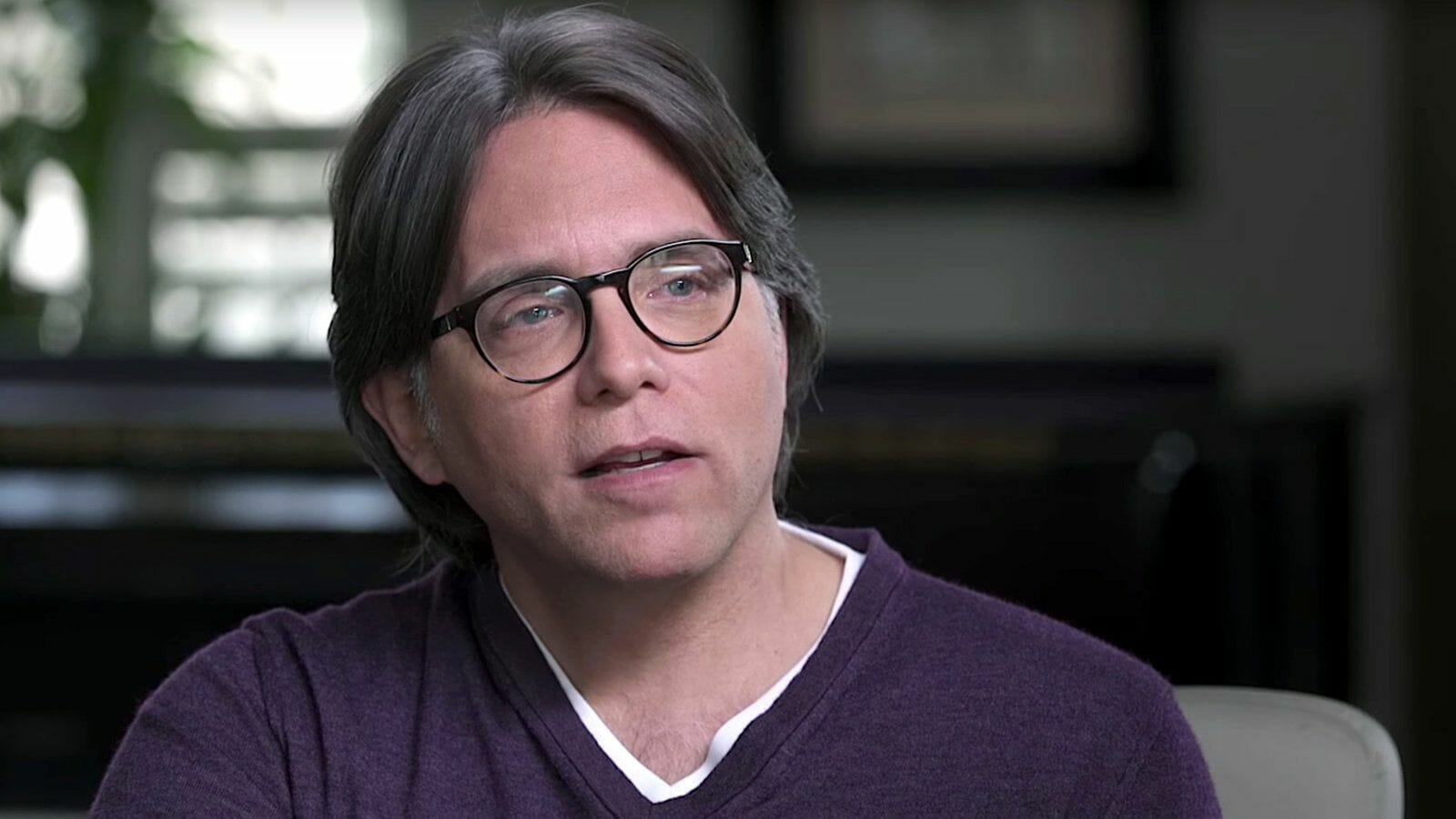 In 1988, he obtained a high score in a MEGA test and has become one of the highest-scoring members in "the most exclusive ultrahigh IQ society."

In the 1980s, he joined Amway and in 1990, he started his own MLM company called “Consumers’ Buyline Inc.” however, after three years, CBI was shut down because of being an alleged pyramid scheme.

In 1994, he started another company called National Health Network, an MLM brand that promotes supplements but eventually, it failed.

Not long after that, Rainiere met Salzman and they founded a personal development company called Executive Success Programs. It claims to teach strategies towards self-improvement and thus, the birth of NXIVM.

In 2002, the company had started to recruit high-profile people, like the Bronfman family (heirs to Seagram), Allison Mack (actress), Pam Cafritz (daughter of socialites William and Buffy Crafritz), and more.

NXIVM focuses on providing personal and professional development and their training is subject to non-disclosure agreements. However, the training has been tagged as “expensive brainwashing.”

Despite the popularity of the brand and the public figures enrolled in their courses, negative reviews about it flocked online. For instance, a Forbes article included Edgar Bronfman’s remarks, saying that he “thinks it’s a cult.”

Meanwhile, Edgar’s daughters allegedly put pressure on their father’s confidante, Stephen Herbits, to investigate those who criticize NXIVM’s training methods and even those who leave the company.

Rather than being a typical MLM company, NXIVM is known more for being a sex cult, a cult, and a pyramid scheme.

In 2014, NXIVM started its own news organization called The Knife Of Aristotle, which has rebranded to The Knife And The Knife Media. Rather than being a legit news website, it was described as “fake” and it recruited journalists to write for the site so they can gain new members and support.

In 2017, several news stories about “DOS” -- a “secret sisterhood” have resurfaced. Perhaps, this is the most terrifying accusation against any MLM brands and to think, this kind of business model already has a negative stigma.

Anyway, law enforcement representatives claim that members were forced to become sex slaves of Rainiere. They were also required to give nude photos and other damaging information against them as “collateral.” Reports also suggest that these women have received human branding, which involves burning Keith and Allison’s initials. 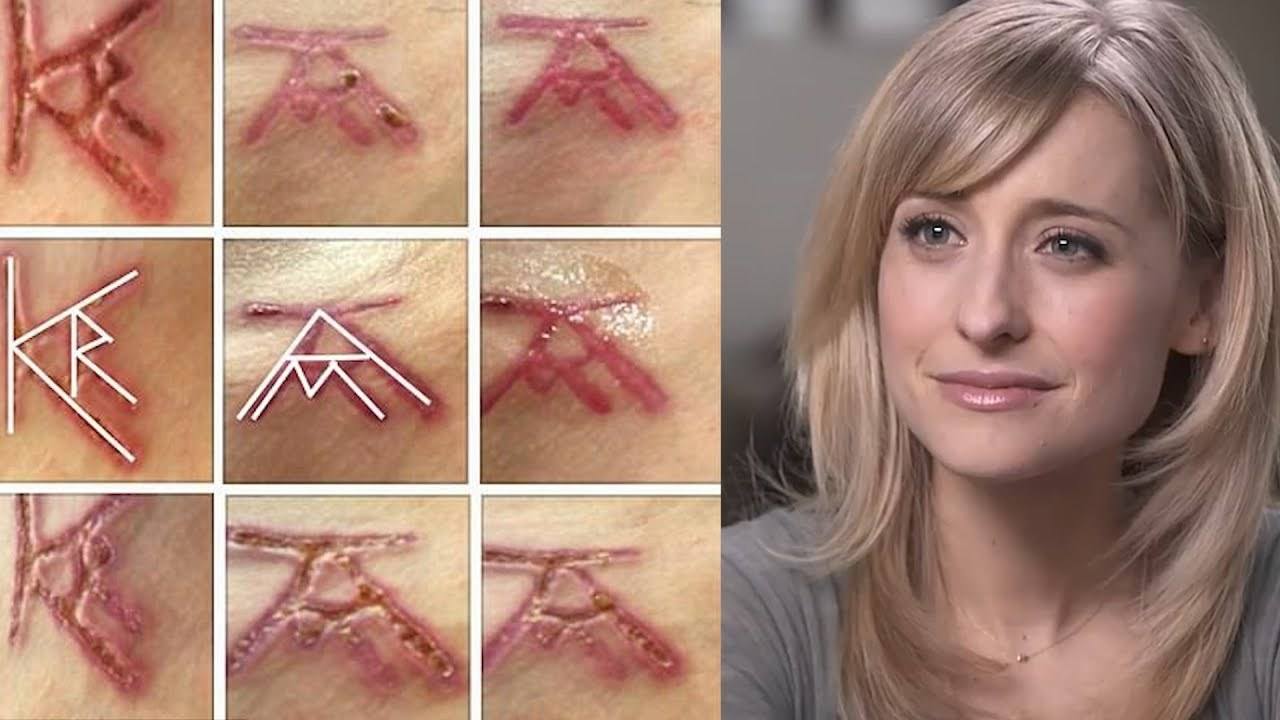 In the same year, former NXIVM members, such as Sarah Edmondson (a Canadian actress) became part of an exposé against the cult. They talked about their experience and knowledge about how the women on DOS were treated. Apparently, sexual and financial predation was done by the leaders of the company to their members.

In 2018, Keith was finally arrested because of several charges, such as conspiracy to commit forced labor and sex trafficking. Allison, the actress, was also arrested for coercing DOS members to have sex with Raniere. Allegedly, the founder paid her to do this.

In the same year, Keith pleaded not guilty while Mack paid a hefty $5 million and has been on house arrest. Meanwhile, Clare Bronfman continued NXIVM’s operation in New York but has ceased operations in June because of the “extraordinary circumstances facing the company.”

In 2020, Raniere and other associates were charged with a federal lawsuit for administering illicit psychological experiments to their members.

How NXIVM Made Money?

NXIVm tagged themselves as an MLM company and they make money through the personal development courses they offer, which, according to one member, costs $7,500. Meanwhile, members make money by recruiting people to join the platform.

It’s not like the typical legit networking companies that offer tangible products to sell and make money from.

Is NXIVM A Scam?

It’s not even a legit MLM company. It’s more of a cult as they said because it influences its members mentally and financially.

Most of us have a negative impression towards networking brands because of the unethical practices of their distributors when it comes to recruitment; however, after learning the truth about NXIVM, I realized that it’s 100 times worse than all pyramid schemes and MLM combines.

It’s been involved with sex trafficking and has even branded women with their leaders’ initial. It’s pure evil but sadly, it has been around for quite a long time. I just hope that members will receive the justice they need and founders will be punished accordingly.

Here is a quick video of one former NXIVM member about her experience:

The price for NXIVM’s “Intensive Classes” cost $7,500 and it includes various modules that last for 16 days, 12 hours daily.

The modules were not like the usual personal development bootcamps. Apparently, part of their training is to determine the benefits their members would acquire in case their partner dies. There’s also a practice called “exploration of meaning” where members have to share about their childhood memories.

Keith Raniere has been involved with a lot of things and mostly, it’s having sex with minor girls. He’s also known for founding network marketing companies, which shut down eventually for being a pyramid scheme. He also manipulates people and based on his previous partners, he is a dangerous man.

Knowing this, would you really dare to join any of his programs no matter how promising he said it is?

Even before he started NXIVM, he has been involved with sexual activities with many women. While some of it were with consent, most were not. He even formed a “secret sisterhood” where women were forced into sexual slavery.

Worse, they were even branded with Keith and Allison’s initials. Now, that’s completely inhumane.

Former members suggest that they were brainwashed and ended up having troubles emotionally and financially. So obviously, instead of providing techniques on personal development, the result went otherwise. What’s more horrifying are the suicide cases related to it.

No one. This is not a legit business model and it violates the law in many ways. It participates in sex trafficking, blackmailing, and is just pure evil. I don’t think anyone in the right mind wants to be part of that.

I am not a fan of MLM companies mainly because of the experiences I have in the past when it comes to their recruitment practices but NXIVM? That made a lot of networking companies, even Ponzi schemes better.

I can’t believe that such a thing has existed for a long time and has victimized a lot of women. It’s good that the perpetrators were caught and the operation has been suspended and that I do hope that it’s the end of it. This is why I’ve written about this NXIVM review in the first place even if the company’s not existent anymore.

Making money online is possible but often, it’s not easy. There’s no such thing as quick money and if any opportunity promises that, it’s already a red flag.

Now, if you’re looking for a legit opportunity that won’t involve 1.) recruiting people 2.) sexual trafficking and 3.) expensive training, I suggest that you sign up with our #1 recommended program.

Join now (it’s not a cult) and take advantage of the following offers:

Thank you for reading my NXIVM review and if you have questions or you want to share your personal experience, feel free to do so below.